The 2016 accident stats were published recently. Overall, the killed or seriously injured (KSIs) are up by 9% and 4% respectively from last year and up 6% from the average 2010-14.

For accident prevention the police now rely almost exclusively on speed cameras as there are now so few traffic cars or bikes. However, fatalities caused by speeding are steadily increasing up to 217 from 179 in 2012, with serious accidents due to speeding up 20% since 2012, to 1238.

Locally, the police place speed cameras not necessarily at accidents blackspots, but seemingly to maximise revenues, typically catching drivers and riders a few mph over a 30 limit, often where the speed limit has changed. For example, the north road out of Retford (which used to be the A1) has recently been downgraded to 30 mph from 40 mph, and a speed trap is often placed just where drivers and riders would naturally accelerate, having passed all the road junctions, hotel, hospital, nursery, ambulance station, petrol station and car showroom, and the road ahead is free of nearside hazards, has a grass verge between the road and foot path, and refuges in the road, although foot traffic is nearly non-existent. 100 yds behind the camera van is a busy hazardous junction, the scene of many accidents, a few 100 yds further on is the site of several road fatalities after the limit increases to 50 mph (was 60), where there is a T junction.

Nottinghamshire had no traffic police for many years until recently, save to cover the M1, but they had a dozen officers on off-road motorcycles ‘maintaining a presence’ on the City’s golf courses and parks – presumably peace and quiet on the 18th was the priority. Police BikeSafe courses were run recently again in Notts for a couple of years, but this now involves a 100 mile round trip to Leicester, although ACPO have identified further training as a priority.

24 million riders and drivers have by now been on a ‘Speed Awareness’ Course, which clearly don’t work. ‘Speeding’ overall is at #10, 5% of accidents and 15% of fatalities which is actually up from 12% in 2010. So the major causes of KSI’s remain largely unaddressed, as there is no one to see you driving poorly. 24 million lost working days, £2 billion extracted from the public and largely wasted. These courses operate under the Criminal Justice System, which requires a ‘public interest’ test to be passed.

Apparently these courses originally included a driving assessment in your car, which is how the AA have become involved, but this has been dropped presumably to maximise revenues, and is probably now why the courses seem ineffective. What a great idea and likely worked well, based on my experience assessing motorcycle riders. There was an equivalent scheme for bikers called ‘RIDE’, but we have yet to come across anyone who’s been on one.

Speed cameras are self financing so that is likely why they are usually placed not where speeding is dangerous but where drivers and riders can be easily caught. The biblical level of ill will and mistrust this has created towards the police must be very significant and very unhelpful.

Local Safety Partnerships have had their budgets slashed – soft target – the roads are in the worse state we’ve ever seen.

Regarding motorcycles accidents, the major factor in fatalities is the presence of road furniture – from the World Health Organisations recent report on PTWs – making fatalities 15 times more likely. In Bassetlaw where I live, the Council have erected 100’s of new village signs, a stab of cast iron in-between 2 cast iron posts buried deep into the verges, many right next to the road, all potentially lethal to anything on 2 wheels, and breaching the usual safety standards. No obvious response 3 years on from this being pointed out to them and the police. I have asked the police recently how many serious accidents there have been with these death traps – no reply as yet. 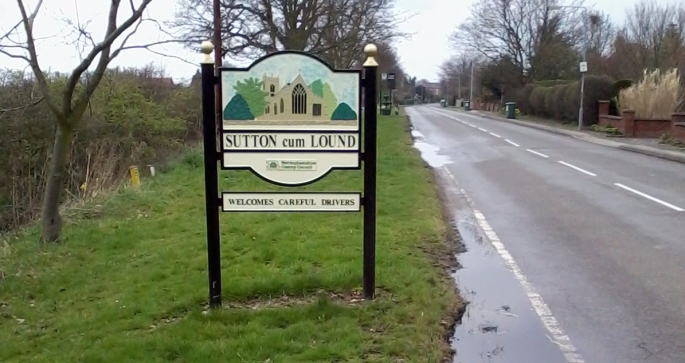 You are 57 times more likely to be killed, mile for mile, on a motorbike than a car.

The ‘Think Bike’ campaign was great, and really seems to have made a difference, although further publicity looks unlikely.

The joint MCIA/ACPO report ‘Realising the Motorcycling Opportunity’ published in 2014 called for more use of motorcycles to reduce accidents. This seems somewhat flawed and counter productive in the short term at least, and probably unachievable in the long term in our climate. If you Google ‘ACPO’ and ‘motorcycles‘ you will see this is an abrupt volte-face from their previous position on motorcyclists as being tax dodgers and a danger to the public, and that these ‘200 mph motorised toys’ should be restricted or banned. Ferrari’s etc. apparently didn’t count.

Motorcycling is currently in serious decline, sportsbike sales have dropped through the floor, as have 125 cc sales, so in the case of motorcycles accidents, they will likely fall with the reduction in numbers, which is the only obvious reason why currently they should, but for individual riders the risks look like increasing.

‘Loss of Control’ not ‘Speeding’, is the main cause of larger capacity motorcycle accidents, (which is what we are trying to address with less then no help from the National Police Chiefs Council), but the other far more vital factors of basically riding and driving without taking due care and paying proper attention remain totally unaddressed, and with the newer distractions of smart phones etc, the wide use of recreational drugs, things will likely only get worse.

Defensive riding is a must, and additional training is available from any local motorcycle school, RoSPA, IAM, DIA, BMF or via the DVSA Enhanced Rider Scheme.